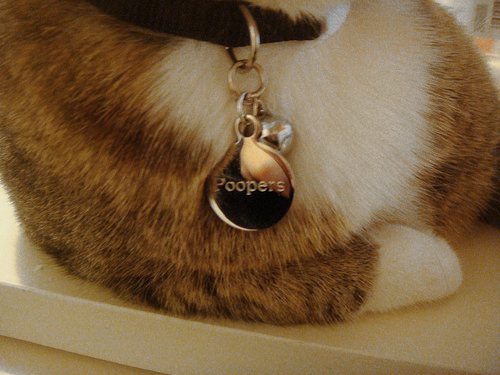 When things happen in 3’s I have a tendency to pay a little attention.

Over the last few weeks I’ve had 3 different questions from clients that revolved around naming their animal friends. Some asked how do they chose the right name for their animals?, or why does my horse/cat/dog seem to pretend not to hear me when I call their name (Yes, this can also be something to do with their hearing and should FIRST be check but your Vet), but for this purpose let’s just say everything is hunky dory with their hearing because they come a runnin’ when the food hits the bowl!

Then in one session this week I even an animal themselves tell me what name they would like to be called from now on. This happened 3 times last week, so I said to myself “Hmmmmmm, I think I’d better write an article!”

For me personally I became aware of just how important names are when I made the official change after I got married. I was standing filling out the form and a voice said “Psst! why are you only changing your LAST name this is your chance to have the name that you have been calling yourself and that you always felt like you were BORN to live with!”

So I listened to the voice and changed my name to the name I have today Coryelle Lucca Kramer. Coryelle is my mother’s maiden name and felt immediately drawn to it the first time I hear it at the age of 6, Lucca is named for a magnificent city in Tuscany that I fell in love with when my husband I traveled to it for our honeymoon. Kramer is of course my Hubby’s last name.
I LOVE my name, I love writing it and speaking it, and hearing people speak it back to me. I love everything about it.

So what is in a name you ask? Uh….EVERYTHING! Names have power, they are the way you refer to yourself, and how others recognize and think of you. The same goes for your pet. The feelings and vibrations associated with names are incredibly important especially for animals who are more vibrationally and telepathically aware than we are. When we say their names or a word, we also send out a picture with it (we do this with almost every single word we speak).

So if you call your dog “Bonehead” (Not that ANYONE reading THIS blog would….nor ANY of my fantastic clients!)
you send out a picture and a FEELING about what you think the word means to you. Just as easily as if their name was “Joy” or “Sam”.

That is an extreme case of course, but picking the right name for your pet CAN sometimes make all the difference between having peaceful or antagonistic relationship with your animal companion. Here is a wonderful example that just recently happened while during a session.

My client Mary (NOT her real name of course) had a bird by the name of Eddie, Eddie was a sweet bird but would occasionally act out with other animals in the house in almost a bully-like situation.
So Mary contacted me and we did a session, I connected with Eddie and asked him what I could I do to help him stop harassing the other animals, I immediately heard “Well you can tell her to stop calling me Eddie for one thing!” So then I asked the bird “What would you like to be called” the bird answered “Eden”. Then she sent me a picture of a garden filled with beauty, tranquility and peace.
So I told her person what Eden had said Mary said “I had no idea that Eddie/Eden didn’t like her name and that Eddie/Eden was even a girl!” then she told me she would start calling Eden by the name she wanted right away. The next day I received an email from Mary telling me that Eden LOVED her name, that every time Mary called to her, Eden seemed to get so excited and would tilt her head like she wanted to hear Mary say her name over and over again. Most importantly she told me that Eden was behaving like a new bird with the other animals. That was over 4 months ago and Eden and the other animals are all still getting along perfectly.

Is negative behavior & health problems tied to names?
Occasionally when I meet people and they find out what I do, I’ll hear something like…
“Oh, you’re an Animal Communicator? I need you to talk to YOU! My dog/cat/horse/penguin he/she is driving me crazy or acting out!”
I usually reply “Sure I can see what I can do, what’s your pet’s name?”
to which, they say…”Killer”, “Pisser”, “Whizzer”, “Brute”, “Bruiser”, “Psycho”, “Itchy & Scratchy”,
I even had someone (not a client) tell me their cat’s name was “Trouble”!…well THAT is just asking for it, isn’t it!

Does a name have everything to do with negative behavior or health problems? No, Of course not, but in some situations it is a GOOD place to start.

If you get a feeling that a name change IS in order, then why not try going straight to the source and ask you animal companion what name they would like. Just take a moment, close your eyes, concentrate on your breathing, and when you feel open and ready just ask them if they have an idea of a good name for them. The first answer that comes to mind is usually the right answer.
Or, ask them so give you some kind of sign over the next few days of what name they think would be good.
Now if that doesn’t seem to work too well, don’t worry there are thousand of sites where you can find lists of names

Here are just a site that I found…
funpetnames.com

Finding a name for your animal companion is great beginning to your friendship with your pet, even if your beginning began sometime ago.

8 Replies to “What’s In A Name? Finding The Right Name For Your Animal Friend”

Without you…my life wouldn’t be as rich or as lesson-filled. I’m listening more, being still more, honouring all things more (including myself, I hope!) and everything is wider and more. I’m even MORE grateful than before. Thank you so, so much.