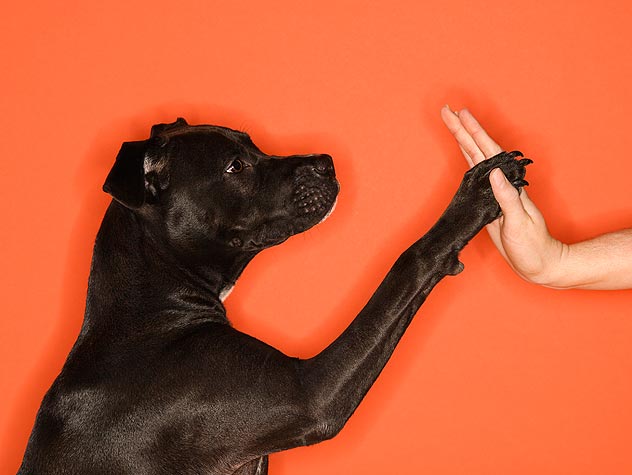 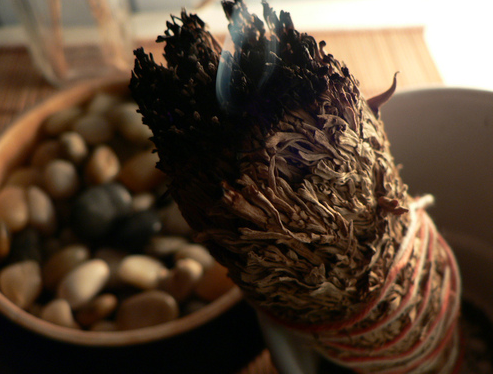 For those who don’t know; smudging is when you clear and cleanse your space of discordant energies. This is done using tools such as sage and or palo santo wood smoke, incense, essential oils and even ammonia mixed with water. The space to be cleansed could be your home, office, stable, dorm room, any place where you spend a good amount of time.

Why Do You Need To Smudge?
Think about it, you spend a lot of time in these places, living your life and dealing with all matter of energies on a daily basis ranging from positive experiences to negative ones. Your dreams, thoughts and actions are all energy and can fill a space pretty quickly with residual vibrations. Just as you would dust, tidy up or vacuum your home to keep it from becoming cluttered with dirt and objects, your spaces should be periodically cleared because they too can easily become cluttered with energy.
After a while the space may not “feel right” to you, or it may even feel sluggish, or uninviting, your sleeping may become effected with vivid dreams, nightmares or  not being able to sleep well or not to sleep at all.

Our animals are connected to energies too, and are easily affected by them and vibrations, even more than we are. If the energy in a space they are in isn’t pleasant to them, they may try to let you know by exhibiting unwanted or negative behaviors, such as urinating, defecating, scratching, fighting, hissing, barking or biting. These could all be a sign that it’s time to smudge your space.

I recently had several clients whose animals were exhibiting unwanted behaviors; some of them had been doing them for months. When I talked to their animals they told me that they were trying to let their people know that the energies in the home were uncomfortable to them. Animals have a limited way of getting our attention (unless we keep an active dialogue with them using animal communication) so many times the only path they can take to show us how they feel is through actions. If your animal is exhibiting unwanted behavior, they may be trying to tell you something, and that something could be that the energy in the space needs to be cleared, This could be a quick and easy fix to alleviating your animal’s unwanted behavior.

How Do You Smudge?
There are several ways to smudge, however I’ll only be discussing  2 techniques that I use in my own home as well as when I professionally clear and attune a house or commercial space.

The First Technique Is Using Sage or Palo Santo Wood
This is not sage that you cook with, it a kind of sage specifically used for burning in ceremonies and for cleansing. There are many varieties of sages, the most popular is “White Sage” this is the one found most often, typically sold in a tied bundle and can be found in New Age, health food stores and even on online.

The type that I use is from the land of my people, the Sioux and it’s called Northern Sage and can be purchase through a company called Noc Bay Trading Co. Sage can also come in a spray form (great for using in the office), this is not as effective as burning but it’s better than nothing at all.

This type of sage is what my people use in all of our ceremonies.

The other way to cleanse is using Palo Santo wood (holy wood), they come in sticks and have a wonderful smell when burnt.

It doesn’t matter which you use; all of them will do the job of clearing a space.

Burning sage should always be done in a porous or natural container, I use a abalone shell, you can also use a terra cotta plant saucer. Sage should NEVER be burned in a container made from glass; it will shatter.

Take the sage and put it into the container and light it; for the Palo Santo wood  you can just hold the stick. When it begins burning whoever is doing the smudging should cleanse themselves before proceeding with the space. Wipe your hands with the smoke (like you’re washing your hands) then from your head to your feet take the sage and let the smoke touch your body. Once you’ve smudged yourself you can them move on to the space and people living there. People in the house should also be smudged like you did for yourself only smudge them from head to toe, front and then back. Then proceed to do each room, as you enter a room to smudge move in a CLOCKWISE motion around the room. Clockwise is a movement found throughout nature, counterclockwise is not and that is why it’s should not be used when cleansing.

A thorough cleansing involves bringing the smoke to every possible place you can get to, that includes corners, under furniture, in closets and drawers. At each window and door, take the sage and again in a CLOCKWISE motion draw a circle with the smoke around the window or door. When you reach the place where you started in the room, the room is done and you can move on to the next and the next, until the entire space is done. Do NOT smudge your animals…they usually don’t like it, besides they instinctively know how to clear their energies themselves.

When your done, you can open the windows and/or doors and let the air clear out the smoke and carry any remaining negative energies away.

Second Technique Is Clearing With Ammonia
I use this technique when the negative energy in a space has become exceedingly bad. The negative energies could arise from incidents as, an unpleasant divorce, a bad breakup, if some one living in the space has been extremely ill, or was bad tempered, it can also come about if there has been any violence in the space, or any other traumatic incident. The first initial cleansing of the space should be done using ammonia, then once it has, sage can be used from then on for all future smudging.

Fill a spray bottle with water and then add a capful or ammonia (do NOT use more than that because the smell will be too strong).
Then do the same as with the sage going in a CLOCKWISE motion go through the room and spray the ammonia into the corners of the room, the ones at the ceiling too (if you can). The corners are the only places you have to spray with the ammonia, when you’re done with the house open the windows and let the breeze work it’s magic.

How often should I smudge?
It something that I personally love to do, so I do it at least one a month sometimes more. It depends on what’s going on in my life, the type of metaphysical work I’m doing and places I’m visiting.  You can’t over do it, so smudge as often as you like.

How will I know It worked?
You may notice a difference in the feel of the space, it may feel calmer and more relaxed to you. You will also discover that you begin to sleep better, and your dreams are less chaotic and vivid.

Your animals will let you know almost immediately that the energies in the house are calmer and more neutral.  If this was the cause of the unwanted behavior your animal companion should stop doing it within the first 12 to 24 hours of clearing your home. Hopefully bringing about a happy ending for both you an your animal companions.

Learn more about the Energetic Animal Dynamic/Personality. This animal can be VERY effected by energies in the home.

44 Replies to “Smudging Your Space Could Help Your Animal”