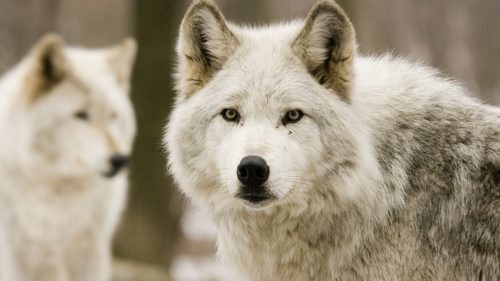 Once while in a meditation during a psychic circle I was once in, I was introduced to my Wolf guide Bar-Tu.

Bar-Tu was to be my emissary to the what I would later find out was a council of 8 Wolves, who told me that they were at my disposal for guidance or counseling whenever I needed them in my life.

It’s been 6 years and they are still with me.

I knew this attunement was going to be special, not only because of the fact Wolf is my guide (as Hawk and Eagle are), but because I was told that this attunement would be the 3rd of the 4th that would heal the Great Medicine Wheel of the world (more on that below).

That morning I went into deep meditation and attuned all of the members of my Wolf council. They told me that after this attunement I would be sister to each of them. I would be pack.

I began to send at 12PM, and started in the North sending through Canada all the way to the North Pole, I felt the council surround me and as I sent out the energy it felt like cotton candy coming out from my hands, as the energy left my hands the council began to run out with the energy. Then they BECAME the energy running and spreading the attunement as they ran, an energetic rainbow of wolves. I did this is all the directions, each time the council ran out with the energy, running within it a helping to take it to ALL the Wolves, Coyotes & Coy-Dogs, NO MATTER where they were.

From the moment I began I heard and felt faint drums beating, with every direction I sent in they got a little louder. When I got to the East I saw my friend Ming’s dog Sammy Diva who had been helped to the other side just 2 days before. She stood face to face with the leader of the council a female Wolf named Lu-Sha, they smelled each others faces and then Lu-Sh and Sammy Diva laid down on all fours, facing one another. This is meant as a show of respect for each other; acknowledging the greatness that each sees in the other.

After a few moments, they got up and Sammy Diva runs with the pack all the way East spreading the reiki to each Wolf, Coy & Coyote and then across the ocean to the lands beyond. Then I was told when it reaches the continent of Africa that the Hyenas and Jackals will be attuned. This attunement the Wolves & Sammy Diva were doing were for ALL wild dogs!

I was then told that the Tasmanian Dog (once called the unflattering name of the Devil) would be making their return, that they were only THOUGHT to be extincted because they have been in hiding, waiting for this day. And now they will begin to make themselves known to the world once again.

When we finally came to the West, the Wolf council began to howl, the drumming became louder and I heard Native American Ancient Elders begin to sing a very powerful song, the song was about Coyote. The elders said this….

“Coyote is not a fool nor stupid, he shows the human weakness and discordant emotions that keeps them from being who they truly are. Coyote was given that life purpose to show these weakness to you so that you could see them, realize they’re not needed and release them. Coyote shows you how strong you are if you follow your heart and not your minds. Coyote was deemed the Trickster or the Fool; because people didn’t always like what they saw, he was not the Fool”

Then I heard “Wolf was never fooled by Coyote, Wolves know only their strengths not their weaknesses, and Coyote respects that.”

As I continued to send to the West I saw Sammy Diva flying toward me, she comes and drives into my chest, and then comes out with the things that no longer serve me drops them on the ground and they dissipate. She said “I can do anything now, there is much work to do and now I can do it all!” And I felt the little holding me back is now all gone, like a damned up brook. The energy coming out from my hands changed, became stronger, and I had Sammy Diva to thank for that.

Then I received this message from the Wolves, Coyotes & Coy-Dogs “We have been here for thousands of years, and over many of those years, we have taken being portrayed as evil, diabolical beings of darkness. And we want to make clear that is YOUR interpretation of us. We never did anything except to show kindness, and brother and sisterhood. And in return we have been made out to be these sources of evil, from your stories, and poems, songs and concepts, in your mind and in your hearts. And it is time to stop. We will not longer be seen as evil, we will not longer be seen as bad, or be used as your scapegoats for the ugliness you find inside of yourselves. We want and will walk with you in the light for those who want to walk with us. But from this day on we will no longer be your Fools, your killers of children and woman, we will no longer be your signs for death, your symbol of darkness, and destruction, nor your excuse for murder. We will no longer just sit back and allow our kind to be used in such a way, for every ugly story, poem or lie you put out about us it comes back to you 2 fold and 2 fold more and so on. The more stories told about the Big Bad Wolf or the Fool Coyote, or the Ugly or Evil Wolf that ugliness will come back to you.”

Then the thousands all around began to howl.

During this attunement we were joined by Diana Tootell a student of Reiki Fur Babies and it was wonderful having her a part of it. Then Diana, Candy, Ming and I join hands and finish the attuning. The Elders raise their hands and faces to the sky and do a call for strength and the Coy-Dogs Coyotes & Wolves all start howling

“This is the third of the Medicine Wheel attunements, Mustang was the first, Eagle was the 2nd, Wolf was the 3rd and the 4th will be Salmon. Mustang represents surface of the Earth, Eagle is Air as well as Divinity and Light energies, Wolf is Fire, they represent the inside of the Earth the womb, and the Night energies (not darkness, the NIGHT), Salmon will be water (they are both in fresh and salt waters). This will complete the healing of the Medicine Wheel it will be moving again (it moves not in a circle but rather in a spiral that goes on forever. The wheel is not broken, but it is not working properly it’s staggered in movement (example). Once the healing has happened; the wheel on this plane will begin to spin as it should as it did many many, many years ago and will go until the end of time. The Wheel is like this through the actions of the people of this planet. BUT please hear this!!!!…..ALL that has come before was for a reason! But when the Wheel is healed you will have all that you learned from the past in it as well! Do you see? Once the wheel is spinning it will have the positive from the actions in the past. It incorporates technology, the spiritual, it incorporates the new medicines and alternative healing, the mathematics, geometry, it incorporates the Universe, planets, the Galaxy and it will have peace and not war. Everything from the past brought into focus for you what works and what does not, so you are now able to see what it is you want your life and this plane to BE with incredible clarity, THAT is what you have put into the Universal Wheel or what we call the Medicine Spiral. It is a spiral not a circle for a spiral keeps going on and on.”