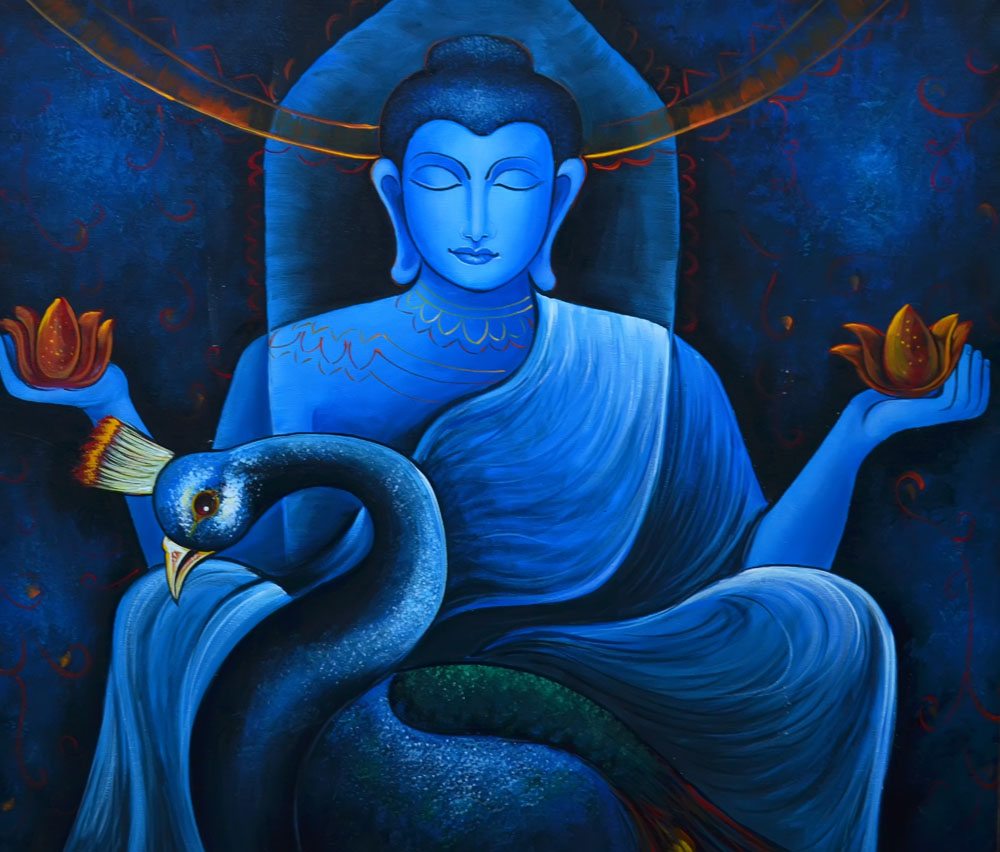 My business logo and website are centered around the colors and the image of the peacock, it’s a symbol represents all the different sides of me, healer, seer & animal communicator.
How do you ask? Not that the peacock isn’t a wonderful being, but the reasons go much deeper than the outside magnificence of the bird.

All started when I heard a story….

Many, many years ago in India there was a young man named Siddhartha Gautama, Siddhartha wanted to find answers on how to help end suffering in this world. So he sat under a tree and began to meditate, after a very long time he became enlightened with the answers of the solving of suffering and unhappiness, when he was gifted with these answers through his enlightenment he gained the abilities to see and know all; what was named the “gift of sight of a thousand eyes” (basically he gained psychic as well as spiritual awareness). Which is symbolized by the “bumps” on the head of many Buddha’s you see.

Years later when was his time to leave this plane, Siddhartha became the everlasting Buddha, and as be ascended, becoming the ascended master we know today. Those “thousand eyes” fell to earth for he didn’t need them any longer, and they landed in the tail of the peacock, who became the caretaker of enlightenment for humanity. Peacocks are also incredible healer, they are renowned for being able to consume poisonous things without getting ill, they allow the healing from what I call the “Stream Of Wellbeing” to flow constantly to them, given them the ability to instantly heal themselves from things that would hurt many.

So, that is why the peacock is the symbol of my life’s purpose, they represent ALL the sides of me and who I am and what I want and try to bring to this world.

4 Replies to “What The Heck Does A Peacock Have To Do With My Business?”

I cannot ever in a million lifetimes thank you enough for unburdening my love. He is so much freer.