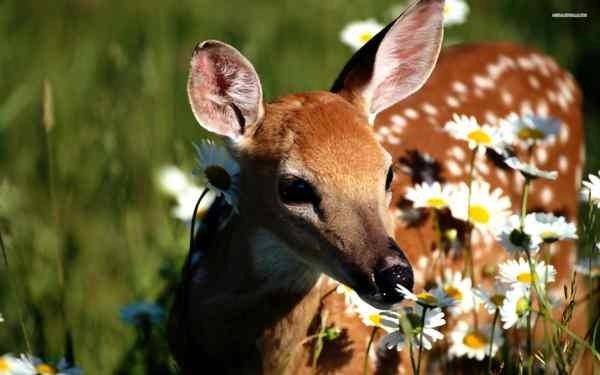 Yesterday I had the honor of collaborating with Reiki Fur Babies to send attuning to the Deer in the USA. We began at 12PM EST (9AM PST), Ming & Candy began to send from the West in California and I began to send from the East in Upstate NY, all of a suddenly I felt as though I was floating off the ground and I knew that I was not in my body any longer. I began to see the state that I was sending to, no!, more like I WAS in the states. Place I traveled to during the attunements I either saw the Deer raise their faces to the light of the reiki that was pouring from my hands; or their bodies would seemed to just absorb it in wave upon wave.

At this point I felt hundreds of Deer surrounding me, as more and more became attuned they joined in my attuning of the others, until I felt like I was leading a giant ocean wave of energy pushing further and further across the country; until we all met in the middle.

When I got there I literally felt and SAW both Candy & Ming standing in front of me. We were in the middle of the Texas panhandle, (never been there but I can describe it in detail after this). We smile at one another and with hands out stretched on either side of us; we came together to form a triangle and began to send the reiki through that connection to finish the rest of the country. The waves from the West and the East coming together and spreading across the country.

After it was over I realize my cat Sam (a Reiki Master himself) never left my side while I  outside attuning the Deer, he stayed and he told me he was holding the space for us and gathering the Deer while we sent.
I knew I was part of a much bigger thing than I think I had ever been a part of before. I had this knowing that I was a part of a shift that would resonate within them forever, there would always be attuned deer on the planet. It will never be the same again and the immenseness of that was mind blowing.

Today I received this message from Deer Consciousness: “What we wanted to first say to all of you is thank you. Look what you have done for to us! We are resonating at a higher level than every before” (from Coryelle Deer consciousness then showed me a image of a deer with incredible green waves of energy coming off of them shimmering like the rays of the sun) In doing what you did we are now also more connected to human beings than we have ever been before, we can now work WITH you to sending healing to those who need it and the Earth Mother herself. We step into a new era with you, it’s an era that will be the foundation of what many things to come in the future, and we look forward to collaborations we will have in the very near futures.

“We want you to understand that we will still fall prey to those who wish to partake of our flesh, we can still be hurt, but now the Deer are much better able deal with all things that come our way. The attunements have given us gifts that will be with us forever…forever! Some Deer are Masters who will send attuning to the others on the planet and those to be born, some are healers who want to be able to heal all beings (not just Deer) but humans and other animals as well. You have walked to the door, opened it, and walked through it with us.”

“Just simple words cannot say how much this means to us” (Coryelle: “they then sent me feelings of intense unconditional love, peace and appreciation to share with human kind, it cascaded over me like gentle rain and filled my heart to the brink. I send those feelings out to you all now and to any who read this post in the future”)

“The Angels, Fairies and other beings of Divinity and Nature are smiling and joyous at what you have done, they join us in excited expectation for what Deer and Humans will do together.

From the bottom of our hearts…Thank you.”