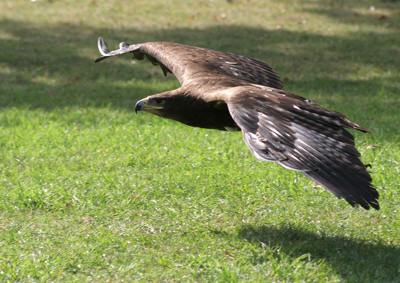 So, today is my birthday and I was given the opportunity of attuning the Eagles with my very good friends Reiki Fur Babies and Rhonda Riegel and I couldn’t ask for a better gift than that!

If you’d like to read about the other attunements that have already been done, feel free to read my previous posts.

This time I was told (by my guides) that I would be sending out to all the corners of the world, not just within the US The attunement began at 12PM EST and as I started to send to the North I saw the waves of energy coming out and moving across the country, into Canada and all the way till it reached the North Pole. I first felt and then I saw in my mind’s eyes the Eagle begin to gather, coming from every possible direction and flying high above, riding the currents and the waves.

I begin to feel the Ancient Native Ancestors, and the Archangels gathering.

I then went to the North East, East, South East, South (all the way to the South Pole), South West, and finally to the West

I saw the waves go out beyond the US over the ocean and covering the other continents. This attuning was gentler than the one’s before, more light, the waves of energy coming out of my hands were  pale shades of greens, blues & purples.

As I’m sending I’m aware that they amount of Eagles above changes with every moment, as the one’s who are there are joined by more and more. There were Eagles of all possible families: Sea Eagles,

Fish Eagles, Serpent Eagles, Hawk-Eagles, Spotted and Bald Eagle. Eagles from the four corners of the globe. All circling; greeting one another by flying close and then at the last minute veering off so their feathers only gently brush the others. There has not been a gathering like this ever in the history of the world and it was breath taking to see it unfold.

I heard the words in my head “Today you are healing the Medicine Wheel”.

Then, lastly I began to send to the West, the Eagles began calling to one another, the Ancestors began to sing louder and dance harder; there feet sounding and reverberating like drums against the Earth. Then the Archangels did something they didn’t before, they began to hum, one note and steady medium to loud hum, and it came together with the Ancestor’s stomping feet and singing, making it a a powerful vibrational orchestra. They told me that the humming was activating something in the attunement, they would hum again (going up a tone) and hold it for what seemed like a very long time (they don’t run out of air 😉 ). As they did I noticed my crown chakra was tingling more and more. They they opened their mouths and sang one high note and held that for a long time.

I asked them why they were doing this and I was told “This is a portal activation sequence, that is working with the vibrations of the Ancestors and all coming together with your attuning of the Eagles.” I asked “what kind of portal? How was this working?”

Then I got a message with information that quite frankly is above my pay grade.

Then I saw Ming, Candy and Rhonda, we come together and finish sending.

The Eagles numbers are now enormous they are too many to count flying and soaring, the Ancestors to a loud cry, sending us strength as we send the last of the attuning.

Then the Eagles call out all at the same time and the break up, and scatter all over the world. They are attuned, now and forever. I was told that the reason the Eagle’s attunements help to bring about planetary alignment is because Eagle is powerful, they are this planes version of the Phoenix.

They fly closest to the Sun and for that, they are the keepers of the stars.